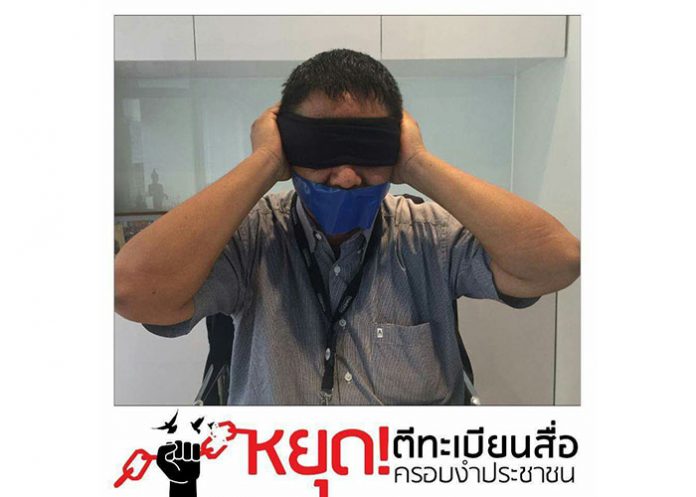 A Short Letter to All,

I ask that we all spare schadenfreude for the meantime, upon seeing how slow most of the Thai mainstream press have been in realising that the junta poses a fundamental threat to freedom and focus of the media-control bill that's upon us. If passed, it will have a fatal impact on not just for press freedom but public's rights to be informed. We won't have much left except media propaganda henceforth. The fire is burning next door and I besiege all of you to vocally criticise and oppose the bill and make it evident that Thai people will not be cowed by dictator.

In people we trust,